During his short lifetime (c. 330 - 1 January 379), Basil of Caesarea's advice was sought by government officials, ecclesiastics, monks, military and ordinary people, the rich and dispossessed, even by those who did not belong to the Christian church. The appeal to him continued after his death. Councils, oecoumenical and regional, theologians, chroniclers, historians, compilers of the numerous biblical catenae and florilegia-makers, artists and painters found in his works continuous inspiration. Volume Four collects for the first time the largest number of testimonials and references to him in Greek, Latin, Arabic, Armenian, Coptic, Ethiopian, Georgian, Old Slavonic, Syriac and many a modern language. It draws primarily from the many unpublished sources - some 8.000 manuscripts - but also from post-medieval and current critical editions. The volume provides a comprehensive coverage of the various liturgies and prayers attributed to Basil, with an accurate identification of all their various components, making this an indispensable tool for any researcher interested in studying these public and private expressions of Christian faith over the last two millenia. In addition Volume Four gives the most detailed account of all the largest canonical collections in which Basil, from their inception, always occupied a preeminent place. The appeal to the great Capadocian was not confined to verbal expressions alone, but extended into imagery, making him one of the favourites of the manuscript illuminators, engravers, painters of icons and churches and even sculptors. Volume Four provides a comprehensive and reliable coverage of all and each one of these aspects of Basil's "Nachleben", while at the same time it aims at charting new avenues of research. Languages: English. 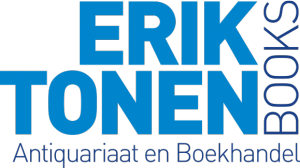